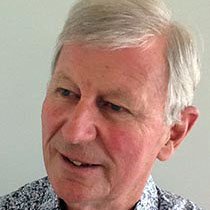 Former Labour party leadership contender Bryan Gould saw in 2013 that Ed Miliband had failed to be “more rigorous and adventurous to convince people for the need for change.”

In this frank interview with George Matlock two years before the 2015 General Election, Gould says Miliband lacks the vision that his own contemporary and adversary Tory leader Margaret Thatcher had.

Gould also talks about the corporation chaos and “sidelining of democracy” that followed the fall of the Soviet Union in his new book, and discusses the demise of Larry Summers’ candidacy of the Federal Reserve.

Gould also sees a parallel between Poland and New Zealand, and thinks that some tapering of immigration would have been helpful.