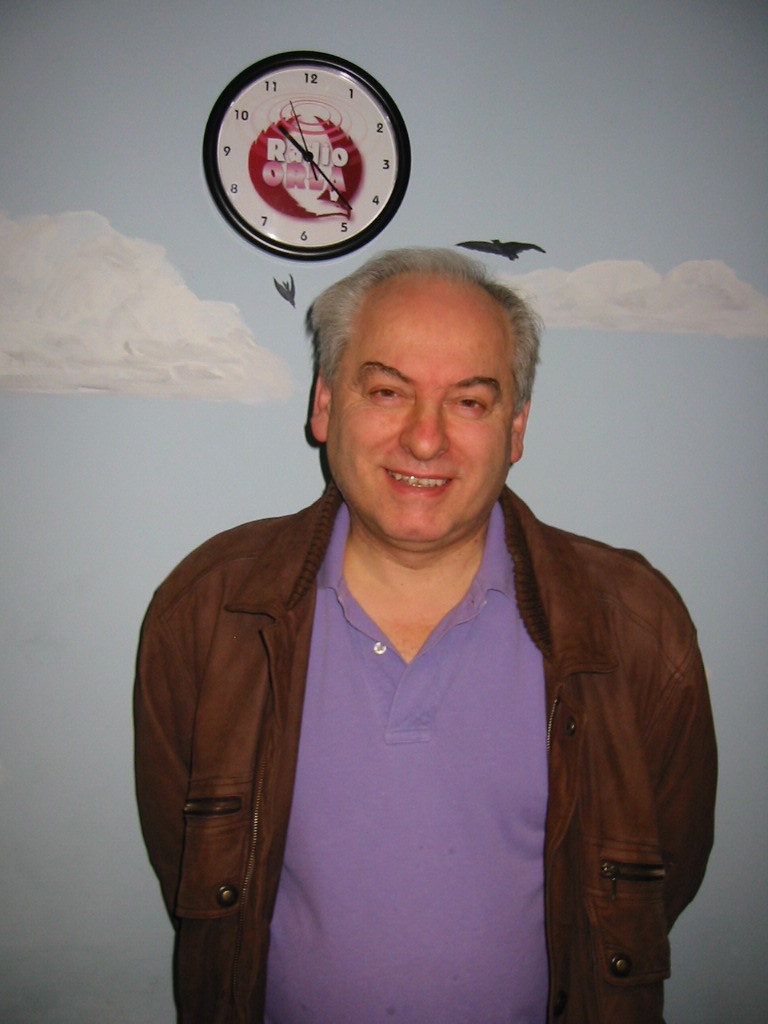 There will be few people in the Polish community in London who will not know the name Marek Greliak. And to some of us the familiarity runs much deeper. The departure of Marek on September 23 was a real blow to community life, which he had to the very end devoted himself.

Marek, the director of culture at the Polish social club POSK in Hammersmith, was also at one time the manager of the Varsovia Restaurant (latterly Lowiczanka) at POSK and also the founder of the Jazz Cafe POSK.

Learning of his loss was a huge personal shock to myself and so many people he had touched with his warmth. My own paths with his crossed many times since I worked at another community radio station from 2004 but of course I knew Marek from the restaurant way back. The first photo shows him appearing in the ORLA.fm Ealing studios as a guest on London Jazz on 29 December 2006 when we were just a half year into broadcasting.

Perhaps looking at the Jazz Cafe POSK website today it would not be apparent or noted, but Marek who had been a huge supporter of ORLA.fm and our London Jazz shows on which he was once a guest in the studio, had agreed to ORLA.fm becoming the very first media patron of the new jazz venue.

A devout jazz fan, Marek knew the history of Poland’s jazz evolution and was proud of its place as home to the oldest jazz festival in Europe – formed under the noses of the Communists in the 1950s under the pretext of November’s “Zaduszki” events. In fact, the festival is only three months younger than the world’s oldest jazz festival at Newport in the USA!

So it was no surprise that as the station doing the most to promote Polish jazz in the UK at the time, as well as balancing it with other Polish musical genres, Marek gave ORLA.fm not only recognition on the original Jazz Cafe POSK website, but also made a customised “glass effect” Radio ORLA player which later also transmitted an English introduction to the club which I recorded for him. The second photo shows Marek with me in March 2007 at the launch of the new Jazz Cafe POSK.

ORLA.fm launched in May 2006 and in March 2007 came the Jazz Cafe POSK. We were present for the first birthday party, and remember over the years since launch various famous Polish jazz pals of Marek’s as well as other nationalities, perform at the hallowed site: Janusz Muniak, Jarek Smietana, Nigel Kennedy, Mitch Winehouse, Tatyana Okupnik to name a few. Very often our original Radio ORLA banners were on display as for the opening ceremony of Jazz Cafe POSK in the third photo. 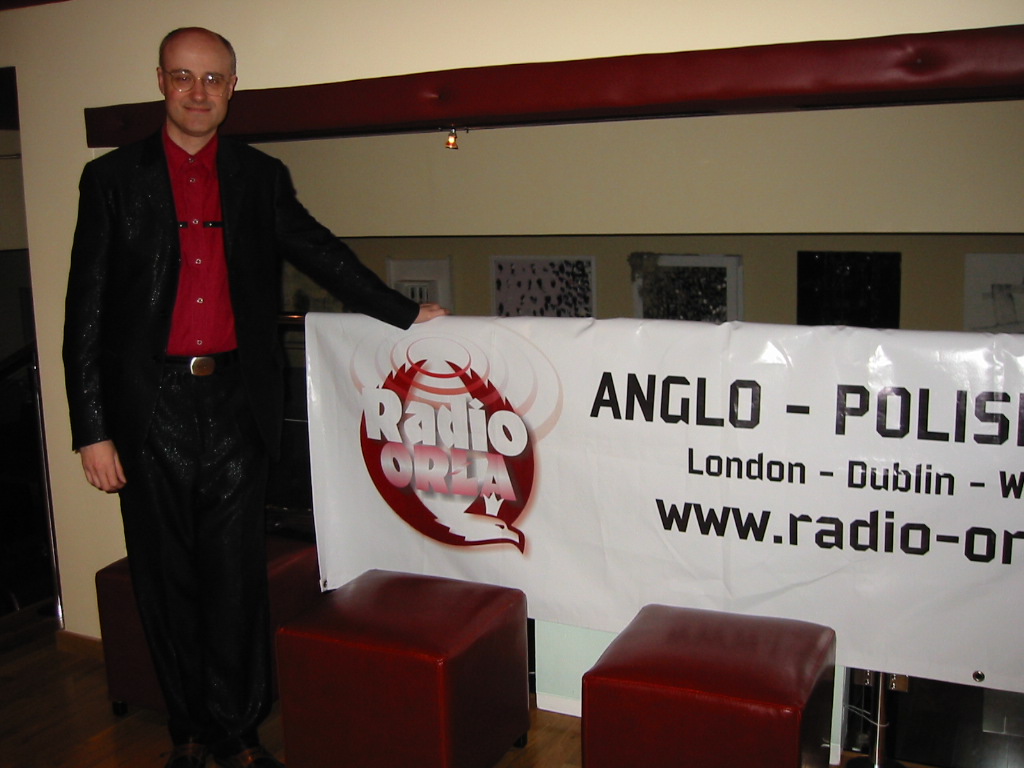 I think Marek would have loved the club to showcase Polish jazz, but he was also a realist and knew the club would only survive thanks to a good helping of local non-Polish talent also taking the stage.

The legacy he has left behind for Polish jazz is not to be underestimated. His vision to take over the once-flooded basement Pom Klub and turn it into a vibrant and unusual jazz venue complete with swish furniture and ambience, lives on and is a fitting testimony.

ORLA.fm will share his London Jazz appearance as a podcast in due course and announce it via our newsletter, The Listening Post. Be sure to sign up today from the home page to be kept informed.

We will never forget his genuine warmth and enthusiasm for ORLA.fm and we express our condolences to his wife Teresa and children.

This Sunday, November 8, the Jazz Cafe POSK will be laying on a special memorial concert in Marek’s memory from 4pm. We will be there and hope for a huge turnout fitting of the club’s founder.